The term “Gold” will always bring an instant smile on your face. It is associated with wealth and prosperity in many cultures and religions as it is one of the most precious metals in the world. Gold is commonly seen as a status symbol worldwide, especially in southern parts of India where the bride traditionally wears gold jewellery in the weight of kilograms. Gold has a special place in almost all parts of the world and due to this gold bars are often smuggled illegally.

Not only recently, throughout history gold has always held a high status. The kings and the emperors of the past have been known to wear heavy gold ornaments as it used to be considered as the symbol of wealth, status and power. Gold is not only famous for its representation of power, but also the beauty it brings with it. Gold was and is still one of the most coveted metals globally.

Gold is one of the oldest metals discovered in the world which quickly became a symbol of wealth as it still is today. Though metals like iron and copper were more useful for humans, gold secured its place and rose to more fame than the former. Thousands of years ago, a child found a shiny yellow nugget which is also known as one of the first metals to be known to the early hominids.

Gold is dispersed around the whole world hence it was found by many groups at many different places. Gold has a played a significant role in our economic and social societies because of its early occurrence. Gold is the easiest form of metal to work with because it is found in a pure and mendable state. It is also considered to be easiest because various other metals are found with some ore bodies which make them very difficult to extract. Gold is known for its royalty from early civilizations to present day. The common use of gold is for ornamental purposes and its brilliance and permanence makes it extremely prominent. Gold was used in ancient age for making idols and shrines. The people of higher class also used gold in their clothes, utensils such as cup, plates, spoons and vessels of all kind.

In the classic era gold and silver coins were used to replace the barter system. Gold was often found in streams leading people to believe that gold is a dense combination of water and sunlight. When these gold and silver coins came into existence, they contributed to stabilizing the world economy. The use of these coins as currency and the standard weight of these fine coins allowed the world economies to flourish and prosper.

Early Civilization and their love for gold

Gold can be dated back to 4000 B.C, gold flakes were found in Palaeolithic caves. Early civilizations too understood the importance of this precious metal. They fancied the flakes they found in their caves and protected them. This clearly shows that the importance and value of gold can be found in ancient historical text as well.

Another prominent example of the interaction between gold and early civilizations can be seen through the Egyptians dating back to 3000 B.C.  Gold has played an important role in ancient Egyptian methodology. They used gold for multiple purposes, one of them being construction. The capstones on the Pyramid of Giza were made by the gold stones. Egyptians also produced the currency ration in which one piece of gold was equal to two and a half part of silver. This was the first recorded value of gold. They also produced a gold map some of which also exist till date. They valued gold so much so that they never used gold for the bartering system. Rather, they used agricultural products such as barley. The very first civilization which has used gold as currency was the kingdom of Lydia, an ancient civilization centred in western Turkey.

The ancient civilization of Greeks viewed gold as a special symbol that separated one class from another. Mortal human beings used gold as a sign of wealth and they also used gold as currency.  From emperor to priest, everyone who had gold was considered of some importance and usually found holding some power as well. Gold and its importance are also mentioned in the religious book “Bible”.

Gold today is most used as jewellery and is popular across the globe. Gold found in its pure and natural form is melted and moulded to make costly jewellery and ornaments which has also been a symbol of status for decades. Yellow Gold is famous for its lustre and appearance and hence is used to make various forms of jewellery ranging from necklaces to earrings to bangles, etc. Gold is now a days combined with Rhodium metal which looks like silver and is quite popular amongst teenagers as it gives a unique look to the product, especially in rings. Though yellow gold is popular, gold is available in other colours and textures as well and people with different taste use different colours to make their ornaments look attractive.

The use of gold as jewellery is an ancient practice. Other than making coins, one of the major uses of gold in the earlier times was used to make ornaments which were worn by Kings and Queens during that era. Since then, gold has not lost its charm amongst people and has become increasingly popular.

The consumption of Gold has not only increased in the USA but has increased across the world. In Lead, South Dakota, USA there is a gold mine named Homestake which is the largest gold mine in the USA. This mine is almost 8,000 feet deep and accounts for ten percent of the total production of Gold in the country. This mine was opened in the year 1876 and since then, it has been producing gold for the country. The gold reserve in this mine is about 40 million troy ounces.

Not only does the USA produce major percentage of gold in the world, additionally the Witwatersrand district of South Africa accounts for 45 percent of the world’s total gold production which is largest in the world.

Role of Geologists in the study of Gold

As we all know Gold is not a man-made thing, it is found naturally. The mineral deposits of millions of years constitute this precious metal and its mining is not so easy. Everything from gold mining to its testing and polishing is a tough job. The role of geologists is very important when it comes to gold excavation. Geologists study different types of rocks and the mineral deposits on the rocks which help them identify the places of occurrence of gold. Different types of fractures, joints and faults present in the metamorphic rocks are studied in the laboratory which helps miners to precisely dig in places where gold can most likely be found.

Chances of finding gold are improved with every study from geologists as not only the rocks are studied, the weather conditions as well which are suitable for the places deposits are studied. After all the studies are done, geologists predict the possible occurrences of gold deposits which help the miners in a great way reducing their time and effort. Unfortunately, gold deposits cannot be found just anywhere; it is a natural process and is formed and found only in the places where the environment is best suited for it.

Gold as an exchange process

Gold is a very popular way of earning money not only physically but also through the exchange process. In the world exchange, the cost of gold is decided in US Dollars and people buy the shares of gold through commodity exchange. Since gold hardly falls in a steep range, it is always safe to bet on gold in exchange. Either you are a short term investor, a day trader or a long term player, shares of Gold will always keep you in profit if you play safe.

When it comes to US exchange, the Gold depository is located about 30 miles southwest of Louisville in Kentucky which is under the supervision of the director of Mint. In the gold depository, there are gold bars present which are of the size of the ordinary building bricks and each of them weigh about 27.5 pounds.

Discussion on gold is incomplete without discussing the good looks of pirates stealing gold. The period of time between 1690 to 1730 is considered to be the golden age of piracy and gave rise to the likes of Edward Teach. Typically, the pirate got killed, leaving a motley crew of British soldiers to hunt for the treasure chest. More often than not, they had the map upside down, wandered into the jungle, got captured by natives and were eaten.

At the time of the American Revolution, it was an easy time for the British to set up the finances for the war. Payment was delayed by America and the soldiers were promised to be repaid after the war. Almost 12 million dollars in gold was with colonies which was still not sufficient to handle the day to day transactions. Also the British had cut all imports and exports from America at this point. The bank was holding the deposit of gold, silver and other bills from Netherlands, using these to provide a sound backing for a new continental currency. In 1783, many soldiers and officers who weren’t paid for their service were given land grants to supplement what money they were owed.

Other uses of Gold

We mostly see gold and silver in the form of utensils, ornaments and jewellery in our daily life but the use of Gold has a wider scope. Apart from the common usage, gold is also used in allied wares, electronic and electrical applications, dentistry, and aerospace industry in aircrafts and in many other industries. Also, you can see the usage of Gold in the arts, medical and chemical fields which makes it more significant. These are a few of the reasons why the demand of Gold is increasing globally every day.

If the exchange is ignored, the regulation in the prices of gold is reflected in the availability. The availability of gold in the mines is inversely proportional to the price. More the availability, lesser the price and vice a versa. In the USA before 1980, there was a huge demand for gold for jewellery and ornaments which took the gold price to its highest in the international market. As a result of this, many new gold mines were opened in 1980 which were able to suffice the demand of gold which then decreased the price considerably.

Gold has always been considered as a status symbol for wealth and power. The look, the feel, the price, the availability and everything about gold has always been a talk of the town. From ancient times till now, gold has not lost its charm but has only gained popularity. Not only as ornaments and jewellery, they are popular as bars, biscuits and in the form of coins as well. In the years to come, the availability of gold will be limited and its prices will surely increase. 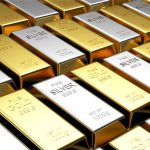 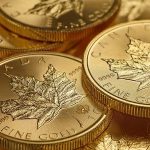 Subscribe to the New York Gold Co to stay informed of our special offers.