Gold as an Investment Globally 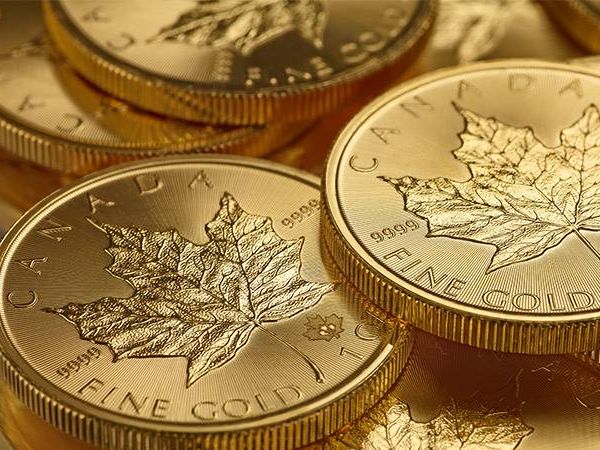 Gold has its own respect globally because of its rich history and value. It has its own emotional, cultural and regional value. Gold is very old because coins containing gold were visible around 800 B.C. Gold can be bought and sold in many ways and it totally depends upon the investor which option he wants to select for the business. The various gold-related different products have different risk and return policies, liquidity characteristics and fees. Throughout the century people have several reasons to hold gold. Let us discuss some of them:

Why should we own Gold?

Gold has maintained its value no matter whatever may be the condition of the economy also people see gold as the way to pass on from one generation to the next as a heritage.

If you really want to understand the business of gold you have to understand the history and origin of gold. The gold was initially invented by Egyptians in 3000 BC when the ancient Egyptians started forming Jewellery from this expensive metal. Also, the gold was used as a standard way of dealing with money when the gold coins came into existence.

Gold is a good source of earning because it has been found that its price has increased whenever the cost of living increases.

Supply of gold is always a big challenge in the market because the selling of global central bank slowed greatly in 2008 because it almost takes 5 to 10 years to bring a new mine into production. In general reduction in the supply of gold increases the price of gold.

In the last few years, it has been observed that demand for gold has been increased as India is one of the largest gold consuming countries in the world. Especially during the wedding season from October to December, the global demand for gold is always very high.

Is Investing in Gold Risky

Gold and stock market go side by side. When the stock market is doing well gold also performs well but only investment in gold can be a risky deal. Although if investment in gold is done properly it can give you high profits as well. You can simply examine the trend of two investments only by looking at the correlation between the two stocks clearly.

How to Own Gold

Gold, if purchased and observed clearly, can provide offsets to other assets that are not performing well. To be on the safer side, always remember not to invest hundred percent of your savings in gold but always consider a small allotment of gold in your total investments.

The gold prices change very frequently as it is a physical commodity and varies with demand and time. Also when the stock market is very good gold performs very poor. But because of all these reasons, it is not fair to jump to the conclusion that gold is not a safe mode of investment.

Gold is not only the positive way of investment but also it can give you high profits when your other investment are struggling for profits and this is the reason why investing in gold is safe and secure.

The Drivers of Gold

Gold is mainly used for making jewelry which also includes gold bar, coins, medals, and also demand for ETF’s includes similar products that invest directly in gold on behalf of others. This is a fact that 90 percent of gold demand is based on the intrinsic value of gold. Although gold was chosen as a currency thousands of year back. According to one survey, the gold above the earth which is used for fashion is about 190,000 metric tons and the gold which is still inside the earth is approx. 54,000 metric tons.

Jewelry is something which is in demand most among all the communities of people. India and China are the largest market for gold in terms of demand and are accounting for approx. 50 percent of gold demand.

Gold has its unique property and is famous for it among all of us, but if we compare it globally gold, in fact, makes only less than one percent of investment portfolios. In the last three decades, the growth of gold and its demand has many increased 235 times more than the previous demands. During the period of market shock gold is something which has minimum chances of loss.

The demand of Central Bank

The past decades have shown many changes in movement and demand for gold. Officially Central Bank has increased its gold purchasing power.

As we all know that gold is used in electronics for innovation also the unique property of gold drives the new uses in medicine, engineering, and environmental management. Gold is also used in delivering drugs in the human body. Although the technological applications use gold in very low quantity their impact is very diverse and wide reaching.

The investment market has gold grown dramatically in the last five years but if compare it with total stock investments of the financial market so gold is occupying a very small portion of the total market.

The demand of gold in the international market is growing day by day. In China, the demand for gold has been increased by 20 percent in 2007.  In India, gold buyer mostly spends on Jewellery also they invest in gold to prevent their currency from currency shocks and inflation.

Importance of Gold in Economy

Although gold is not at the forefront of an everyday transaction still it is important to the global economy. You can have a look at the balance sheet of Central bank and other financial institutions such as international monetary fund. These organizations are taking care of one-fifth of the world supply of the above-ground gold. Accepting the fact that gold preserves wealth throughout thousands of generations.

The investment in gold will add a diversifying appearance in your portfolio. As you can see back in history incidents which are full of a collapsing empire, political coups, and collapsing of currencies. At that time investors who have a good investment in gold were able to protect themselves and their wealth and even in few cases, they were able to escape from the turmoil.

There are many ways of investing in gold such as gold futures, gold coins, gold companies, gold ETF’s, Gold mutual fund, gold bullion, and gold Jewellery.

It’s a second time when gold will shine in 2019 as well. According to the survey of Gold investment team, it has been found that 23% of the investors see that gold is the best way of investment. The firm has also reported that gold safe-haven appeal is very strong in United Kingdoms. The report notifies that allocation in a portfolio increased by 5 percent in 2018 and 4 percent reported last year.

After going through the facts and figures we can come to the conclusion that investing in gold is not a bad deal even it is more safe and secure. Best Way to Buy 100 grams of gold for investment Understand the difference between cast,minted and combi gold bar Before you buy a 1 gram gold coin, there are a few things you should look into Certified Coins or Bullion: Which is a Better Investment Option?